"Being a support worker really grounds you. It’s definitely given me a lot more perspective on what’s important to me and I’ll carry that with me forever.”

Before Daniel moved to New Zealand, he worked with offenders as a Sydney Transit Officer. His desire to see things from another perspective led to his decision to volunteer with Victim Support.

It was during his very first call out that the importance of Victim Support hit home.

“My first call out was for an elderly man who had been severely assaulted. All I could think about was that if that was my father, I’d want someone to be there for him that was trained to help him through it,” says Daniel. 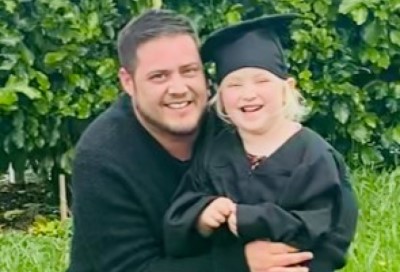 Now in his final year of a Bachelor of Laws with Honours at the University of Auckland, Daniel also teaches at AUT’s Faculty of Business Economics and Law and is a solo parent to a five-year old daughter.

“There are a lot of late nights juggling my studies, teaching and volunteering while spending time with my daughter,” Daniel says.

“But when you love what you do it’s all worth it. I want my daughter to see what’s possible when you work hard. Between my very supportive parents and a well-oiled routine, we make it work!”

Four years on from his first call out, Daniel still has occasional contact with the man he helped. He says building trust is extremely important when working with victims of crime and trauma.

“Building that initial rapport with someone is a key of the process. People have to trust you for you to be able to help them,” he says.

As a member of the rainbow community, Daniel understands it can be hard for some people to open up.

“It can be really hard for people to relate to you if they can’t see similarities in their situation or their personal beliefs,” he says.

“You can’t give up though – that’s important. Somewhere you will have a shared experience that will create a connection and it will unlock the whole relationship.”

As he moves toward finishing his degree and pursuing his legal career, Daniel is sure his experiences with Victim Support will continue to have a lasting impact.

“When things are going well in our lives, I think we can take things for granted. Being a support worker really grounds you. It’s definitely given me a lot more perspective on what’s important to me and I’ll carry that with me forever.”

If you'd like to be there to help others in your community like Daniel, we’d love to hear from you! Click here to find out more about becoming a Volunteer Support Worker.