Asking ourselves the right questions

What do I most need right now? For Shelley Brunskill-Matson, the answer to this question can be absolutely crucial to our own self-care.

“Self-awareness is so key in self-care,” she says. “It’s that first step in knowing what is going to be helpful to you and when you need it. I often think, one of the most beautiful questions for self-care, is ‘what do I most need right now?’”

Shelley believes we can get too caught up with being busy and with what we feel are our responsibilities, particularly around work and family. 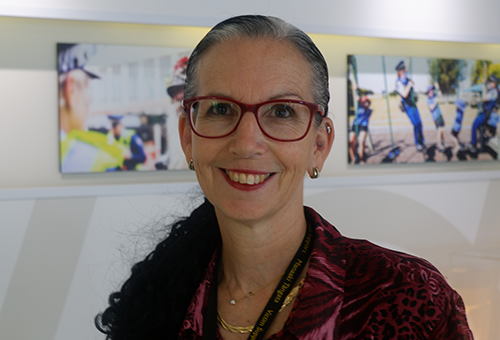 “It’s about just giving yourself permission to acknowledge that you are important as well,” she explains. “Taking a little bit of time out to figure out what self-care would look like for you because we are all different people.

“I often have people say to me ‘but I love my job’ and that’s great, but there’s still that work-life balance. It’s almost an overused term but getting that balance right
is really, really, important – whatever that might look like.”

Victim Support has a critical role in providing in-depth support to people and families affected by a suicide, with our postvention service assisting 3000 to 3500 people annually.

Extraordinarily passionate with a huge depth of lived, work, and volunteer experience around suicide support, along with a recently completed PhD, Shelley has a
tremendous amount to contribute.

When she was 12, she lost her own father to suicide. Much loved by his wife and two daughters, he seemed to have everything going for him. No one had any idea that anything was wrong.

His death left so many unanswered questions which, as an adult, would fuel Shelley’s subsequent work and academic studies.

It’s left her with no doubt about the importance of Victim Support’s work in this area. “The research is really clear that the right support at the right time can make such a difference to people,” she says. “We know of course that people who have lost someone to suicide are themselves at increased risk of suicide.”

For 15 years Shelley also had a successful career as a Life Coach and is a published author in the field with her book ‘What Are You Waiting For?’.

“A lot of the work I was doing at that stage was working with people who felt stuck. Whether that was professionally stuck or in some aspect of their personal life, relationships, or just not quite sure what’s next for them.”

With the holiday period approaching, Shelley’s hope is that people will have the opportunity for rest and reflection, knowing that it is also a time when different stressors can quickly pile up.

“We can certainly say we know that Christmas isn’t the best time for everyone,” she says. We know thatChristmas can bring its own stresses and strains with
whānau such as financial pressures.

“I think it’s been a particularly difficult year or two with covid and all sorts of other pressures. It’s critical now more than ever that people really do start prioritising their self-care.”