Fighting for victims - our founder's story

"It was my aim to take the victim from being the forgotten person in New Zealand society, to someone who was being recognised."

Kevin Joblin was browsing through his local newspaper recently, the Gisborne Herald, when something caught his eye. As a former policeman certain headlines inevitably catch his interest. It was a road accident, something he was all too familiar with, along with the searing devastation and heartbreak it causes all those involved. There was something in the article, through the sadness of the story, that gave Kevin a reason to feel good - he read that Victim Support were assisting the family. The organisation that he founded 35 years earlier, was still around and helping people through the toughest of times.

“When I see something involving Victim Support, I do get a lot of satisfaction in the fact that people are being helped, because in the past they wouldn’t have been. I know that is a result of what I’ve done and what my family have put up with,” says Kevin. 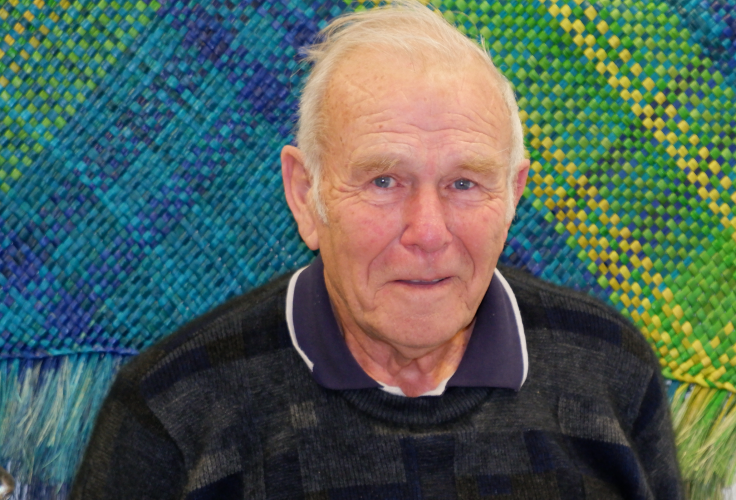 Kevin was posted to Gisborne to start his career with New Zealand Police after completing his training in Trentham in 1967. “I had to look on the map to see if I was going to the North Island or the South Island because I didn’t know where Gisborne was,” he says. It was working in the Gisborne Courthouse that the seeds of what was to become Victim Support were sown.

What Kevin quickly noticed when he started at the court was that victims and witnesses often had no idea what was going on. After living through the trauma of the incident, the court experience left them lost and confused.

“If I had prisoners in the cells, they would have Prisoners Aid, Maori Wardens, sometimes Salvation Army or Maatua Whangai,” says Kevin. “All would come and visit the prisoner or the offender, but the complainant or witness walked out of court, and nobody spoke to them. And they didn’t know what was going on. So, I decided then, it’s time the other side had something.”

It would take an abundance of drive and determination to see Kevin’s idea through, fortunately both qualities he had in spades. “I wrote to all the major police forces around the world to see if they had any victim assistance programmes. Most did not reply and those that did said ‘if you get anything going, let us know how you did it’.” Undeterred, he and a couple of his colleagues at the court called a meeting, inviting people from the different community groups around Gisborne. The first Victim Support committee was set up on November 27, 1986, and training of the first volunteer Support Workers commenced.

Some months later, the fledgling volunteer Support Workers were ready for their first call out. It came in the form of a family violence incident where a firearm had been presented and the Armed Offenders Squad were called. With a great deal of trepidation, the volunteers set out.

“They were both church going ladies,” remembers Kevin, “they had to go to the local hotel to find out exactly where they were going. I don’t think either of them had been in a hotel before, so that was an experience for them. But they got out there and they worked with the wife of the offender.”

Kevin himself, as well as working overtime trying to get Victim Support off the ground in Gisborne, was also a Support Worker. In fact, because he was also police, the call would go to him first. The dreaded death notification, one of the most unpleasant jobs in policing where an officer breaks the news of the unexpected loss of a loved one, was something that would inevitably fall to Kevin.

“I’ve done it hundreds of times,” he says. “When the police have had to go and inform somebody of a death or something like that, once I started doing it, then they would ring me up and I would have to go. They wouldn’t go. That was my job then. So, that was passed onto me."

Kevin’s vision of a truly victim-centric organisation was starting to take shape. Police in other areas were coming on board and he travelled around New Zealand helping get new Victim Support groups off the ground. “When I was going around the country, I used to say that it was my aim to take the victim from being the forgotten person in New Zealand society, especially in the criminal world, the justice world, to take the victim from someone who was the forgotten person to someone who was being recognised,” says Kevin.

“In my talks our motto was ‘taking time to care.’ The fact that people knew here’s somebody who is taking the time to come and sit with me and talk with me – taking time to care about what’s going on.” Changes started taking place. Victim Impact Statements, which gave victims the chance to say how they felt in court and the way in which their lives were affected, were formally introduced into the justice process. This was something that Kevin had fought for in the early days at the Gisborne Courthouse.

A modest, quiet man, Kevin is not easily drawn on the extraordinary, long term impact of his work with Victim Support now assisting over 40,000 people each year nationally. He gets emotional talking about how much his family missed out on, particularly his children, when he was away, often for days at a time. The satisfaction comes with seeing that now, people who find themselves the victim of a crime or traumatic situation, can have a voice and access to someone who can help. Kevin also still has people who haven’t forgotten what he did for them, approaching him decades later.

“I’ve got people that I helped 35 years ago that will stop me in the street just for a talk. And I will think ‘who the hang is that’? I haven’t got a clue, but they know me and that I’ve helped them in the past,” he says.

This article first featured in Voice, our donor newsletter.