Someone to lean on

Deborah Du Toit has been there for Kiwis during some of the toughest times experienced in recent times. 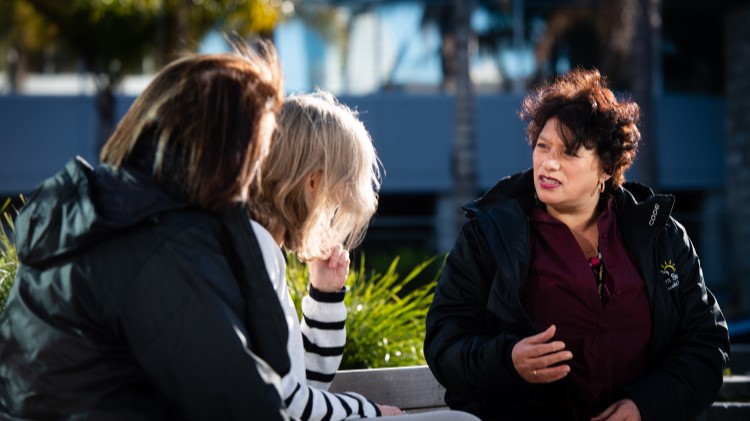 Deborah Du Toit is a shining example of the dedication and compassion of our essential support workers across the country – many of whom have continued to provide much needed support to victims through the challenges of the devastating terror attacks, a deadly volcanic eruption and frightening global pandemic.

Like many of our support workers, she has been there for Kiwis through thick and thin, and during some of the toughest times that we have experienced together in recent memory.

“My initial thoughts were that anyone who could go should go. I don’t have young children, so I could get away,” says Deborah.

Deborah travelled to Christchurch, where Victim Support and other agencies were working together to establish a collaborative hub, providing a safety net around the victims. Deborah and the team of support workers were each assigned a group of cases. Her clients included people who were injured, family members of those who died, and witnesses to the events.

“Some of the witnesses had seen the gunman drive away, while others lived nearby and heard gunshots or saw the deceased or injured.”

One year on, she is still working closely with many of her clients from that time. Deborah reflects on what she learned during this time, saying: 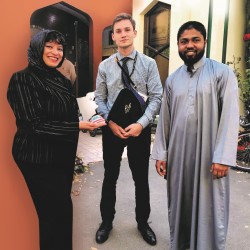 “I am more resilient and stronger than I thought I was. Especially having gone into the Deans Avenue Mosque. The floor was covered for obvious reasons. I closed my eyes and tried to imagine what it was like for the people there when the incident happened. It was quite overwhelming.”

The visit reminded Deborah of what’s at the heart of the Victim Support service.

“I went to the mosque with another support worker. As we left, I asked if I could hold onto him for support. I realised – it’s OK to lean on someone.”

In addition to the incredible commitment that Deborah made to victims and their families in Christchurch, she has also been supporting families in Auckland (her hometown) who found themselves called to the bedside of loved ones who had been critically injured when White Island suddenly erupted in December.

Many of these individuals needed immediate support as they arrived at the hospital from overseas flights, with no idea what to expect or how terrible some of these injuries were. For some of these families, Deborah remains in touch even now, via email and phone calls so that they can stay updated with the latest news regarding this event.

This latest challenge of a global pandemic has also added to Deborah’s already busy caseload and has brought yet another opportunity to help New Zealanders in crisis. New Zealand’s response to the Covid-19 outbreak has meant an increase in Kiwi families needing help at the sudden death of a loved one.

Because of the tight restrictions around burials and tangi during lockdown, managing the grief and loss of those left behind becomes so much more difficult when they are not able to observe the usual ceremonies with which we farewell our dead. The careful and often difficult funeral processes that now must be observed have left many family members frustrated and isolated – alongside grief and other complicated emotions.

Deborah remarks, “in so many new and unfamiliar ways, Kiwis are having to ‘adapt’ their grief to fit this outbreak situation. And it is really, really hard.”

Deborah knows this firsthand. Her family ‘bubble’ knows exactly how it feels. Having recently lost a very dear family friend in only Week Two of lockdown, Deb and her family have had to attend a virtual funeral to grieve her loss alongside others who knew her well.

Deb reflects, “given the current circumstances, we are grateful to have had an opportunity to say goodbye. We were able to listen to the tributes of others who knew her and to provide virtual support to her husband and daughter, as the only family allowed to be present at the graveside. Even though it was so different to the norm, we were still able to grieve together as her friends, family and community.”

“And it did give me yet another experience, another personal context for the work I do with Victim Support – surrounding those who are aching in their own grief and loss with a deeper empathy and understanding of what they are going through in these current events”

Deborah continues to add to her wealth of knowledge and understanding of the victim’s experience and has also recently completed a Health and Wellbeing Diploma with encouragement from Victim Support.

She says, “working through the modules yielded a deep appreciation for the role that Victim Support plays in the lives of many New Zealanders, most notably the reflective practice. I feel privileged to be part of a team of people who makes a positive difference.”

Deborah is simply one example of the incredible team of people who make up the nationwide ‘first response’ safety net that is Victim Support. Like many of our support workers, she has been there for Kiwis throughout thick and thin, and during some of the toughest times that we have experienced together in recent memory.

Her courage and resilience in the face of horrific events is a taonga, a treasure for those who she is called to support. Her remarkable ability to take the worst that life has thrown at her personally and use it to make her even more empathetic towards others, is a remarkable gift to both Victim Support and those we serve.