Volunteer story: “It’s a privilege to be able to do this."

Victim Support volunteer Christine (Chris) says her role as a Support Worker for victims of crime and trauma involves being constantly outside her comfort zone. 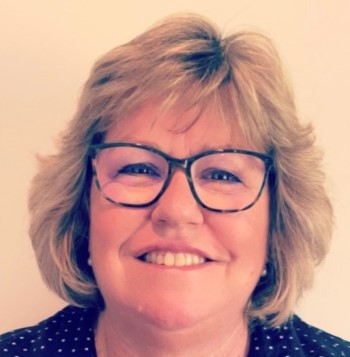 “The challenge is going into unknown situations. You don’t know what you’re walking into, and you have to think on your feet,” she says.

In her 11th year with Victim Support, Chris was drawn to the organisation after her teenage daughter was the victim of a violent carjacking.

“Victim Support was involved after that incident. I thought at the time, if I ever had the opportunity, I would love to be able to get involved and volunteer,” says Chris.

Five years later, the time was right for Chris and her family.

“I was a sole parent, and my son has special needs, so it was some time before I could apply to become a Volunteer Support Worker. One day, I saw an ad and thought, ‘OK, I can do this now.’ I applied and was accepted, and I haven’t looked back,” she says.

Chris works full-time in a managerial role, juggling her on-call roster for Victim Support, plus the commitment of following up with an ongoing caseload of Victim Support clients.

“It’s a privilege to be able to do this. We walk into people’s lives when they’re at their most vulnerable, and they let in a complete stranger. That is so humbling,” she says.

A trained homicide Support Worker, Chris put her hand up to travel to Christchurch after the March 15 terrorist attacks to help victims. The same year she worked with the victims of the Whakaari/White Island eruption.

“It continually astounds me how resilient people are. The average person doesn’t know how powerful they are until something happens to them. It’s just incredible what people can do.”

Chris’s efforts have been recognised with a Kiwibank local hero medal and within Victim Support with the Lisa Johnson Award, presented to one volunteer each year for outstanding work.

With every new case presenting a challenge, Chris says she has gained an enormous amount from her volunteer work.

“I’ve had massive personal growth. I have a huge amount of gratitude for my life. I’ve made lifelong friends. And while it’s not why you do this, every now and then you get little bits of feedback, and you know you have really helped someone. That feels really good.”

If you'd like to make a difference as a Volunteer Support Worker like Chris, we'd love to hear from you. Find out more about volunteering or sign up now.