Supporting others for decades - our long-term Support Workers

As we celebrate our 35th anniversary, one of the things we’re most proud of is the dedication and support provided by our long-serving Support Workers – people who have been with Victim Support for many years. We are incredibly grateful for these individuals, many of whom have spent decades supporting Kiwis dealing with some of the toughest times of their lives. The continued willingness of these long-time Support Workers to make themselves available for people in need is inspiring and invaluable, as is the wisdom they have accumulated along the way.

“Right from the start I found it very humbling that people would, at their time of absolute grief, welcome you into their homes,” says Colleen, a Hawera-based Support Worker who has been with Victim Support for 30 years. “I very quickly learned that everybody knows what they need to do to recover, but they need empowerment and encouragement to draw on their own strength and knowledge. It’s all about listening to start with and letting them tell their story. After that it’s about empowering and encouraging,” she says. “Everybody’s story is different, and everybody handles things differently.”

For Marlborough-based Jim who has been with Victim Support for over twenty years, support work is about letting people know they can speak freely with him. 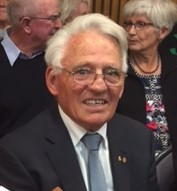 “I often describe to people when I first meet them and I’ve never seen them before and here I am in the middle of their crisis, ‘I haven’t got any baggage with me. I don’t know you or your background, you can talk to me and I’m not going to cut you down.’

"I find that people react well with that and then they can dump their bucket on me, because I’m removed from their normal life.]Some of it is emotionally challenging when you are dealing with people who are stressed out in a grief process, but I seem to be able to handle it alright.”

For Sonia, a Support Worker from Rotorua, it was comforting a dying woman after a road crash thirty years ago that made her aware of her aptitude for dealing with traumatic situations. “The woman wasn’t in a position to respond to me, but I focussed on letting her know I was there and letting her know I could hear the emergency services coming,” she says. “Her family asked to see me afterwards and were so grateful that I stayed with her. After that I thought if I could make a difficult situation easier for somebody, then that’s what I wanted to do.

“The thing I try to stay true to is that it is a terrible tragedy, but it’s not my tragedy. I’m there to support other people with what’s going on with them, and I would like to think that if I was ever the victim of a crime, accident, or emergency, that there would be someone able to walk alongside me in whatever manner I needed.”

It was a personal tragedy that drew Motueka-based Pam towards support work three decades ago. 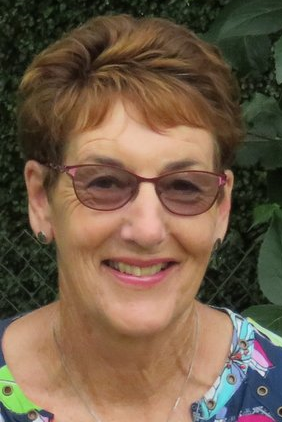 “Our eldest son was killed in a road accident when he was 20. Our family never would have survived the trauma without the people we had around us,” she says. “Families in anguish need outside support around them. My husband and I were so wounded after the death of our son. We could hug and love each other, but we needed support from people who weren’t closely involved.

“That’s why I remain passionate about the work. Because I’ve experienced that caring support myself, I knew that just listening to a grieving person’s story and allowing them to express their extreme emotion in a safe environment helps. Hearing them, offering them practical advice and ongoing support for the journey they’re just at the beginning of. That can make a huge difference.”

This article first appeared in Voice, our donor newsletter.