Alanna Howard and Charlie Saunders, Service Coordinators in Victim Supports' Counties Manukau office are proud of the response to support victims of the Christchurch terror attacks but know it required a true team effort to also keep business as usual support running. 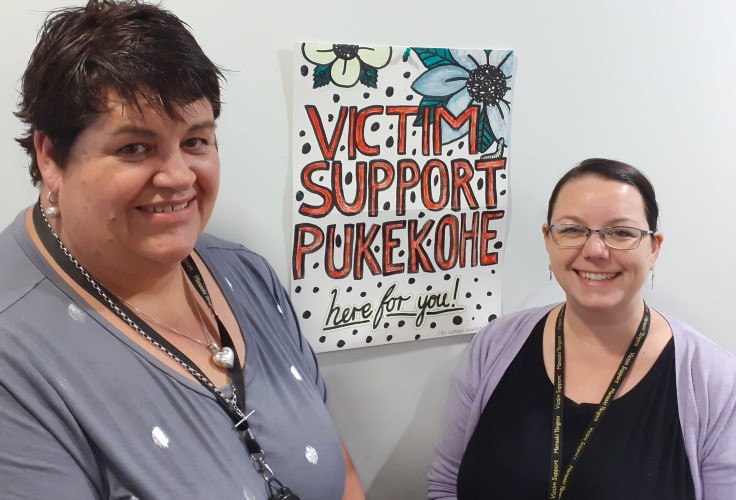 In the hours and days that followed the Christchurch Terror Attacks, many Victim Support staff and volunteers were quick to put their hands up to travel to Christchurch to support victims and their families as well as witnesses.

The overwhelming response from the wider Victim Support team reflected the values of the organisation and the willingness to band together under extreme circumstances. However, in other parts of New Zealand, the day-to-day role of Victim Support had to continue, often with much lower staffing levels. 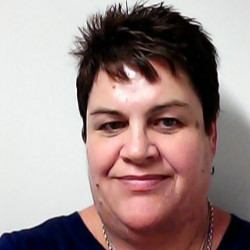 “I had two relatively new team members who had done their homicide training. Their employers gave them the time off to go. In all, it took three people out of our daily roster. I also had two that took on phone work for the Christchurch attacks.”

Alanna was impressed with the willingness of people to step out of their lives to assist and says:

“That’s the nature of the organisation and the people that volunteer and put themselves forward for it. The ones that can help do.”

“My team got in touch with me to let me know if they could or couldn’t go. Those who couldn’t were prepared to do other things to help. They are wonderful people like that. There’s always someone who puts their hand up.”

The work of those who remained at home was every bit as critical as those who went to Christchurch, especially in the Counties Manukau region which accounts for 20% of all cases (4,706 of 22,865 in 2019). At the peak of the attacks, support volumes surged an incredible 56% above Victim Support’s normal weekly levels. The workload for day-time staff and volunteers also increased with support workers deployed to Christchurch or providing phone support. The response was a true team effort with those who stayed behind stepping up to take clients and cover gaps in the roster.

Charlie Saunders, now Counties Manukau Central/West Service Coordinator, was a new volunteer at the time of the attacks and took on extra duties at home so others could go.

“I had only completed the training in February. When the March attacks happened, I was still very new and inexperienced. So, I went on the roster here, and made sure I was available for referrals.”

Her decision to stay in her home region meant she could provide much-needed day-to-day support working a family harm caseload.

“The way my job was at the time, I had every Friday afternoon off. I went to the Pukekohe office to pick up the slack and take on whatever was happening,” says Charlie.

“That was huge because we were under pressure and it made a big difference”, says Alanna.

Since then, Charlie has taken on the Service Coordinator role and working closely with Alanna, they have been able to provide cover for each other’s teams.

Charlie says at the time of the attacks she felt the organisation was well represented in Christchurch and the collaborative relationship with Police was a crucial factor in the response effort.

“It’s that comradery. We are in it together. We have a really good relationship with the Police. They value Victim Support because we can work alongside them. While they do their job, we can help by looking after the people. We are there to empower people. We do what works best for each individual by using the resources that are already out there and building relationships,” says Charlie.

Both Alanna and Charlie express pride in Victim Support’s response to provide support victims of the Christchurch terror attacks.

“I think it made all of us very proud. My volunteers went down to Christchurch, and they didn’t expect any honours for that. One of my team who went still has a group of clients she works with, and she tells me how humbled she is by the experience of working with them. She feels very privileged to have done that work.” Alanna says.