At the time the initiative was announced, Social Development Minister Carmel Sepuloni said Whānau Resilience Services meant Government was moving away
from only funding short-term, reactive, crisis-based services. “We know that people affected by family violence often have entrenched trauma that takes time to work through,” Minister Sepuloni said. “Longer-term family violence services will enable providers to work with families and whānau to challenge those using violence to accept responsibility and change their behaviour.”

Whānau Resilience is not a one-size-fits-all programme. Individual services are being designed around the regions to enable those working on the ground to implement what works best for them. In Counties Manukau, Victim Support has partnered with Eastern Women’s Refuge and Counselling Services Centre – a collaboration called Ngā Toka Tūmoana o Kaute Manukau – to carefully craft the ideal programme. In August of this year, after many dedicated months of contract negotiations, service design and systems establishment, not to mention delays because of Covid restrictions, it finally got up and running.

“To see it come fully into action is really exciting,” says Victim Support’s Heather Blair. She shares the programme’s Kaimahi role with Eastern Women’s Refuge’s Hayden Pyke and Julie Nohe from Counselling Services Centre. “We’re giving the community what they’ve been asking for for ages. Whānau decide what their goals are and what the sub-goals are to get there. Of course, we still need to be there to ensure safety, but it’s very whānau-driven. This will be a new challenge for us as our organisations are historically victim focused. With Whānau Resilience we have recognised change happens in many ways, so we need to include the whole whānau in the process.” 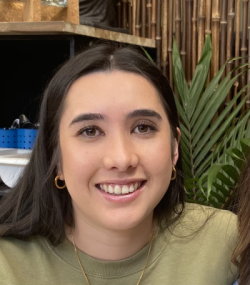 A registered social worker, Heather says historically funding allowed only for short-sighted services that were very task-oriented. “You’d get a referral for a mum who needed a parenting programme and a dad who needed an anger management course,” she says. “They’d do those courses and it would stop there. We’d be like, ‘our work is done now’, but it was never enough.

“Our new Whānau Resilience programme has a much longer focus, recognising it might take two years to build relationships and then two more years to start the healing journey. We see so much intergenerational abuse and trauma, so a key part of the work is stopping violence for the next generation. We’re hoping that even if we don’t see results with the immediate family, we will with generations to come.”

Victim Support’s Area Manager for Counties Manukau, Grace Chan-Nuualiitia says the Whānau Resilience programme will make a real difference with families in the area. “Heather has done outstanding work and I know that those coming through the programme have a real opportunity to enact meaningful change. It’s great for Victim Support that we’ve been able to expand on the excellent work we’re already doing in the family harm space.” Victim Support’s Whānau Resilience programme is on contract to run for five years and has capacity to support 10 families at a time.

This article first appeared in our 2020/21 Annual Report.