Grieving mother speaking out for son killed by insane offender

Since her son Glen's murder, grieving mother Karilyn Collins has been frightened to leave her home. Recently Karilyn embodied the spirit of this year's International Women's Day theme of Choose to Challenge, putting crippling fears aside to speak in support of a proposed law change promoting victims' rights. 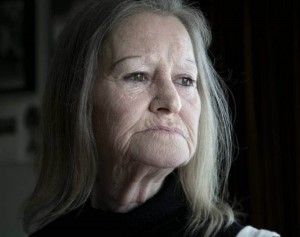 Glen was murdered in 2018 by a man he had taken in and had been training to drive trucks at his workplace. The offender was later found not guilty by reason of insanity, meaning Glen's family was not afforded the usual rights of victims of crime, something the new Rights for Victims of Insane Offenders Bill aims to correct.

The key change in the Bill is to remove the not guilty verdict where charges are proven in cases where the offender is deemed to be insane.

Karilyn says, "Glen's murderer did, in fact, commit a criminal act. Therefore, the not guilty verdict is not correct. When I heard it [the verdict] in court, I felt sick. It broke my heart."

Knowing Karilyn's story, Victim Support invited her to write a submission supporting the proposed law changes. In February, despite paralysing fears, Karilyn read out her story at parliament, proudly displaying Glen's photograph while she spoke. Her son Tiri and nephew Michael also attended to read their submissions.

"I never had a voice for two years because it was so overpowering to speak. I had fear to overcome but now want my son's name out there. I should be able to have a voice and be heard," says Karilyn.

The Bill also allows victims to be notified if legally insane offenders leave a secure health care facility unescorted. Karilyn has lived in fear of running into her son's killer, knowing that he could be granted leave or release into the community.

"My health has deteriorated. I hardly eat, don't sleep. I have nightmares and have lost my self-confidence," she says.

Having decided to attend parliament, Karilyn is proud she could speak up for her son and other victims.

"I just did what I did at court. I cannot believe I did that, really. I just thought, 'this is for you, son'," she says.

Dr Petrina Hargrave of Victim Support said Karilyn's courageous decision delivered a powerful message to those in the room and presented a profound reminder of the impact on the lives of victims of violent crime.

Karilyn says after reading her submission, she felt positive and empowered.

"My son deserved better. He was a selfless, respected and much-loved person who died helping a homeless person out of the kindness of his heart. I will fight for justice before my last breath."