“It became really, really tough. Every day arguing and being abused. I constantly lived in fear, my mental health was so severely affected I started thinking that, even though I love the kids, I have to step away completely. I can’t continue like this.”

Simon’s* relationship with his ex-wife was at an all-time low. Months of psychological abuse, threats, anger and, at times, physical violence had taken their toll. Constantly terrified about enraging his ex-wife, his only option, he thought, was to cut off all ties, including with his three beloved young kids. “I considered saying, ‘take the kids, leave me alone, I can’t do this anymore’.”

Simon wasn’t aware of the extent to which his ex-wife’s dangerous behaviour was also negatively impacting his children. It wasn’t until a childcare worker phoned to say his eldest child had admitted they didn’t want to be alive anymore that he realised they were also suffering. “I cried my eyes out. I knew then something had to be done.”

That something involved multiple agencies stepping in – Police, Oranga Tamariki and, to Simon’s great relief, Victim Support. “Victim Support got involved early and it was so helpful to have a full and frank conversation about everything that had been going on. My support worker organised clothing for the children who were now coming to live with me and got food parcels delivered. My ex was threatening my safety, some of our property was damaged and I thought she had someone following me. My support worker did a security assessment and advised us around spotlights and deadbolts. She helped so much.

“One of the best things she did was to be realistic about the timeframes. She told me to buckle down because this process would be going on for months or even years. She had a such huge depth of experience of the systems and steps I was yet to go through. That has been so helpful as time has gone on.” 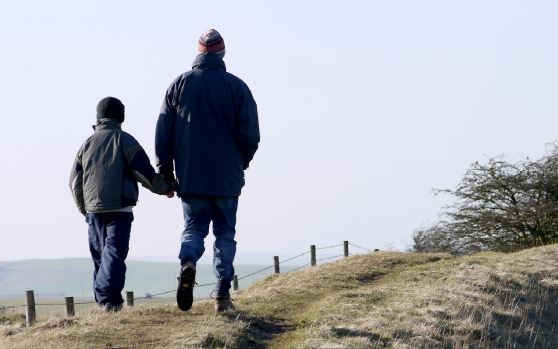 Simon is just one of more than 16,000 victims of family harm Victim Support has helped in the past year. It affects people from all cultures, genders, religions, and ages, and our focus is on ensuring support is available to a wide range of whānau, families and communities, in a variety of situations. We work collaboratively with multiple agencies around the country, both Government organisations, such as Police, Oranga Tamariki, the Ministry of Social Development, and Kāinga Ora, and non-Government agencies, such as Women’s Refuges, Barnardos, and Home & Family, to ensure resources are streamlined and victims get the best care.

“Family harm is so diverse, and Victim Support has something unique to offer in this space,” says Kate Lacey, Family Harm Service Co-ordinator with Victim Support in Christchurch. “We have the ability to work with many types of victims, any ethnicity and culture, whether they be male or female, in sibling relationships, grandparent relationships or LGBTQIA+ relationships.”

Kate is proud of the victim-led approach that informs every aspect of her team’s work. “The strategy that works in one case doesn’t always work in another; every case needs its own response. If we try to give a stock response, it fails. The more thought and planning we put in with each victim, the more successful the outcome will be.” Family Harm Support Worker Heather Maguire agrees. “I adjust my support to the situation. I take a gentle, caring, and empathetic approach, but at the same time I don’t sugar coat it. You’ve got to say it for what it is, and most people appreciate that. Often victims don’t realise their normal is not normal until they have someone sitting across from them saying ‘this is not ok’. Then they realise.”

As for Simon, with Victim Support by his side, he made it through the court process and now has sole custody of his children. They’re all well settled and thriving, counselling has helped for his eldest and there is no more talk of self-harm.

“Nobody should be embarrassed if they find themselves in a bad situation like mine. If you have any inkling that something is wrong, write down the facts and your feelings and talk to somebody who is removed from the situation. “I have nothing but praise for Victim Support, they’ve helped me and my kids get to where we are today.”

* Name has been changed to protect identity

This article first appeared in our 2020/21 Annual Report